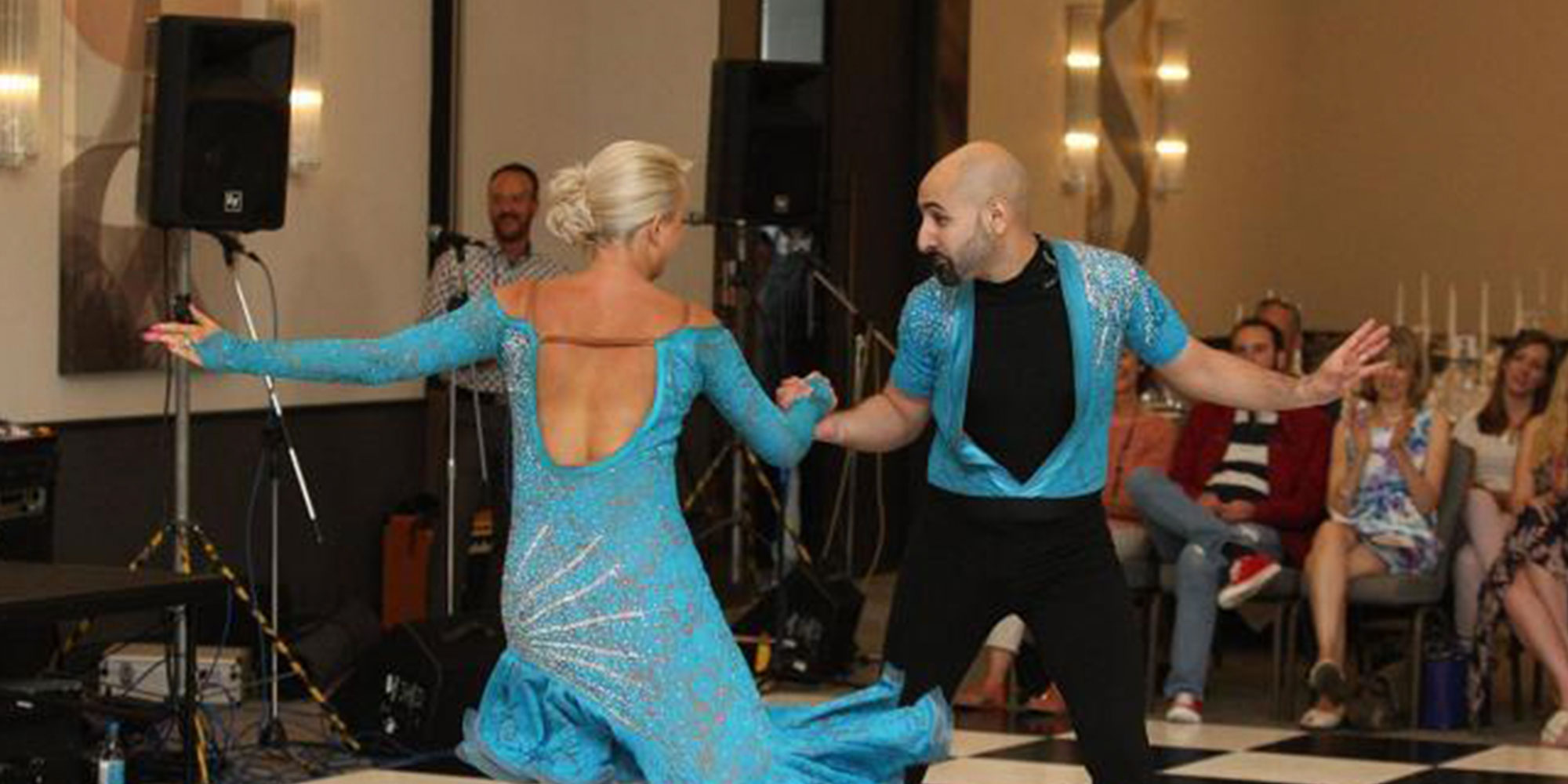 This story, by Clive Hammond, originally appeared 26 July in The Basingstoke Gazette

A Basingstoke dentist scored a perfect 10 this weekend as he competed in a glitzy Strictly Come Dancing performance.

Dr Milad Shadrooh, better known as The Singing Dentist, took part in a special version of the hit BBC programme to raise money for charity Where There’s a Will.

In a glamorous evening at Southampton’s Ageas Bowl, the Chequers Dental Surgery dentist impressed with his unique take on a samba – earning a standing ovation from the crowd and four top scores from the judges.

“I know how difficult it is for these events to organised but it was stunning – the ballroom, the food; all of the guests had a great time.

But it’s felt so strange since the competition finished and it feels very empty.

I really enjoyed the whole experience and as soon as my three-month-old boy gets a bit older I’ll be taking my wife dancing as she’s really keen to learn.”

Dr Milad has raised nearly £3,000 and is continuing to fundraise for the charity.

To sponsor him visit justgiving.com/singingdentist.

And although Dr Milad wasn’t crowned the champion of this year’s Southampton Does Strictly, the experience was something he will cherish for the rest of his life.

Dr Milad said: “It was wicked. It all went to plan and nothing went wrong so for me it was amazing.

“Me and my dance partner Laura Chittock absolutely killed it – everyone went mad after we finished our routine and to get everyone there on their feet was just crazy.

“The judges were coming up afterwards to me saying how good it was but all the dancers this year were so good – I think the crowd were definitely entertained.”

The dentist soared to fame earlier this year after videos, which parody famous music tracks with lyrics about oral healthcare, he began posting went viral.

They grabbed the attention of television producers and Dr Milad has since gone on to appear on BBC South Today, Good Morning Britain and This Morning.

Dr Milad was approached by the dance competition’s organiser Heather Parsons – who was herself a contestant on a Comic Relief special of the reality show.

She is the founder of Where There’s a Will, an organisation which aims to raise funds and increase public awareness about the role of General Intensive Care and the needs of its patients and their families and friends.

For weeks in the build-up to last Saturday night’s performance Dr Milad and his partner Laura trained every Monday to get in top condition for the show – something the dentist will now miss.

And to read more about The Singing Dentist, see the August issue of The Probe