Graham Bryant is a Clinical Dental Technician (CDT) at the Natural Denture Clinic in Hampshire. He has over 20 years experience in the design and construction of high quality dentures and here he describes an interesting and rewarding case that he completed using Ultaire™ AKP from Solvay Dental 360™.

“I have known this female patient for some years now. She is 81 years old, has quite a range of health problems and is allergic to many things including most of the materials that we would normally use within the mouth. Usually we use materials such as monomer-based acrylic or chrome to make a denture frame but these are not suitable for this lady and previous treatments and different denture types have not been successful.

“I first became aware of this lady’s difficulties six or seven years ago and at the time, I made her an removable partial denture (RPD) with a monomer-free material that did not cause any adverse reactions. The patient was delighted as it was the first time she had been able to use anything in her mouth.

“Recently, the lady’s husband contacted me in a panic because his wife had been to the dentist after a natural tooth had failed and the dentist had replaced the tooth with a cold-cure addition to her existing denture. This had resulted in a severe allergic reaction and when the lady arrived at our clinic her gums were very swollen. Of course, the first thing I did was to trim off the addition, but unfortunately this made the denture almost unusable because it was so loose. I told the patient we would need to replace the RPD completely and at this point, she was referred back to her dentist for a full consultation. Meanwhile, I began to explore the possible denture treatment options available to her.

“Whilst investigating a range of different materials, I came across Ultaire™ AKP. I discovered that it was a biocompatible, metal-free material that had been custom-developed by Solvay Dental 360™ specifically for RPD frames. When the patient returned to me I told her that I had decided look to into this material more closely and in the interim, I made the patient a flexible denture.

“Although the lady was not allergic to the flexible denture material she was not able to get on with it. It hurt her mouth, she was not able to eat properly and worryingly, she lost a lot of weight, which made her feel weak and unwell. However, by the time she returned to me, I had been able to make further enquiries about Ultaire™ AKP. I had also made a few denture frames with it and I found that I really liked it. I explained to the patient that the material was not monomer-based or metal but a new high performance polymer, which I was pretty sure, would be suitable and safe for her.

“Although the patient had not previously had a reaction from acrylic teeth, in this case I wanted to be doubly sure so I designed the RPD frame to extend over the ridges so that Ultaire™ AKP was the only material that was touching the gums and made the teeth from composite instead of acrylic. I created the design using my own equipment and then had the frame milled at Wessex Dental Lab.

Images 1 and 2:The RPD was designed to extend over the ridges to ensure that Ultaire™ AKP was the only material touching the gums.] 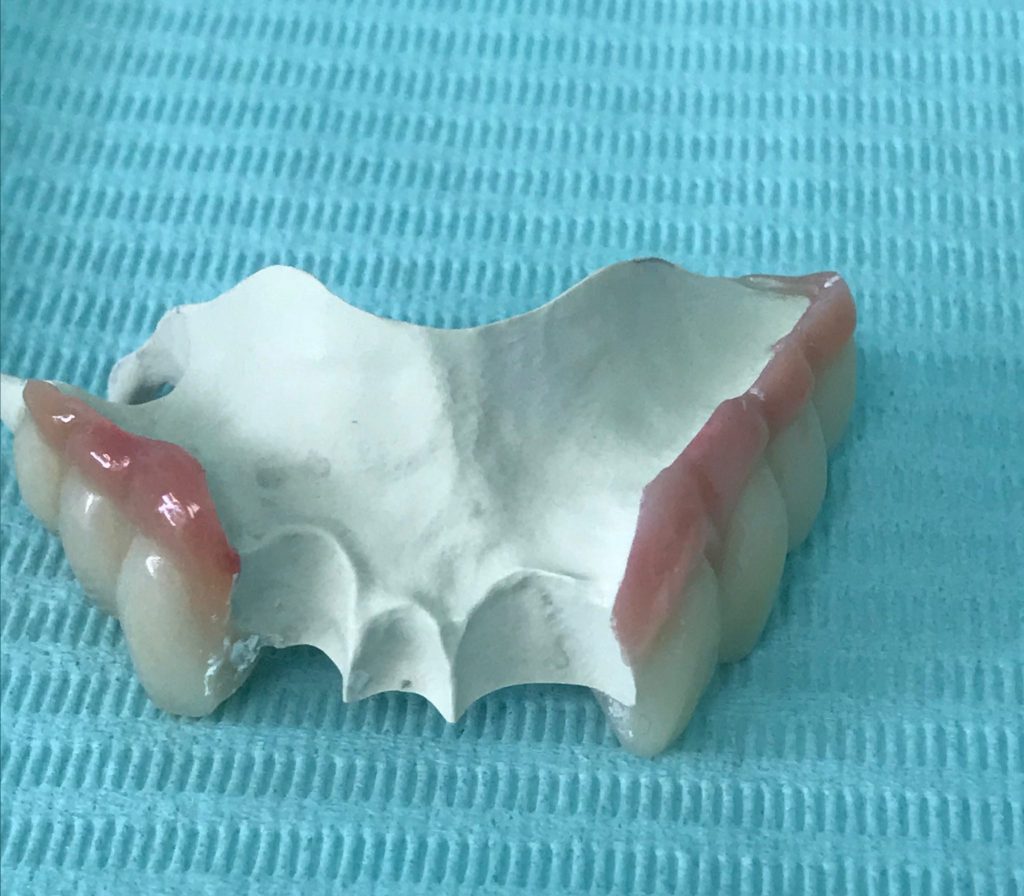 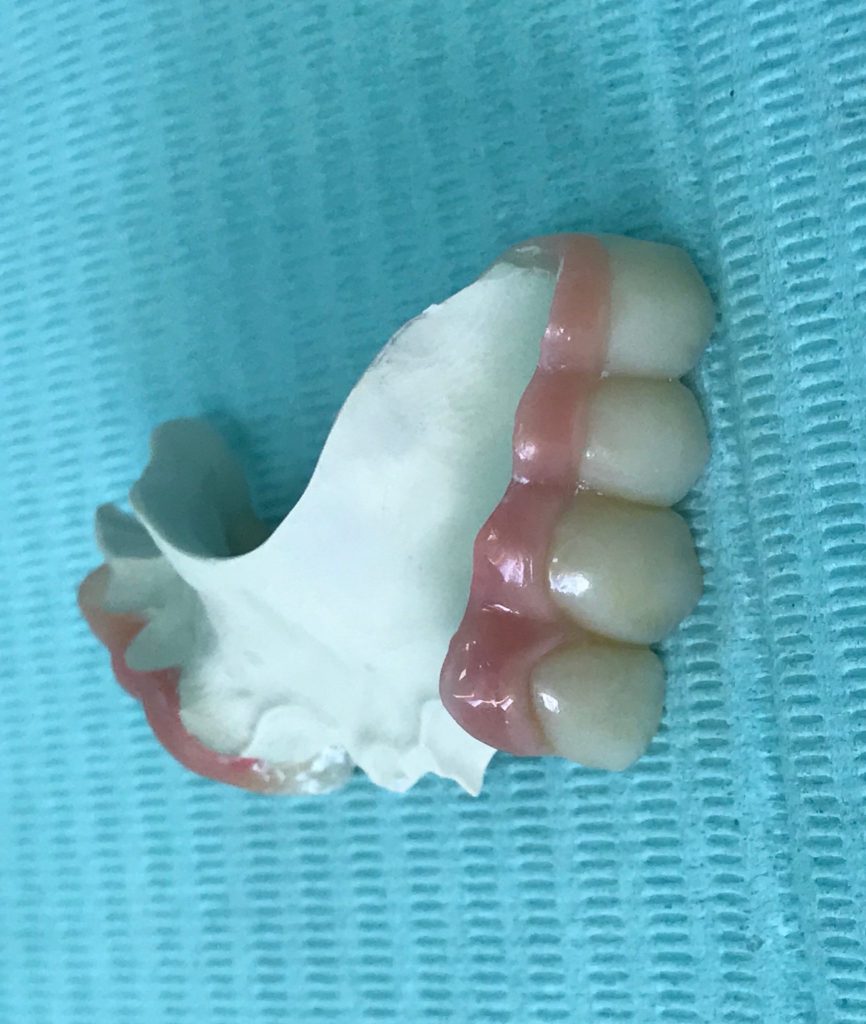 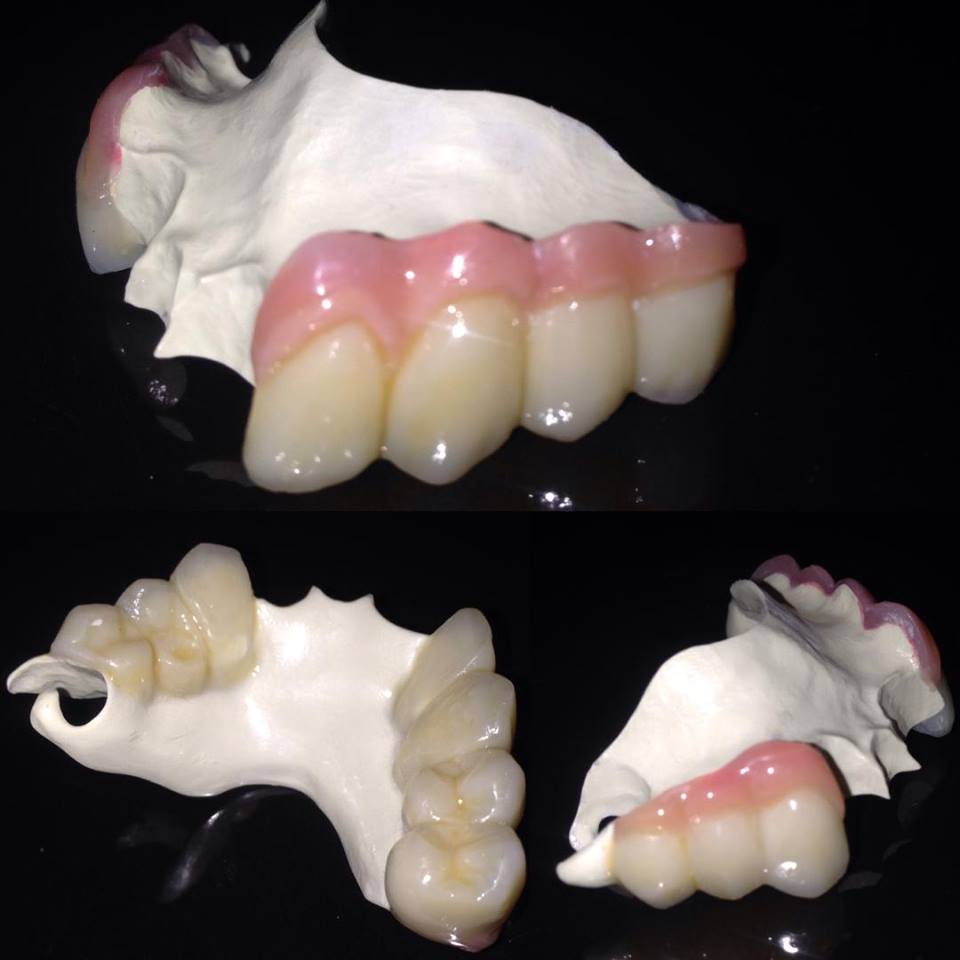 “When I fitted the denture, it clicked into place perfectly and did not move a jot. The frame only required one clasp and for the most part, the denture was held in place by the natural undercuts. I was delighted with the outcome and as I showed the patient and her husband the end result, there was a huge gasp because it looked so good. 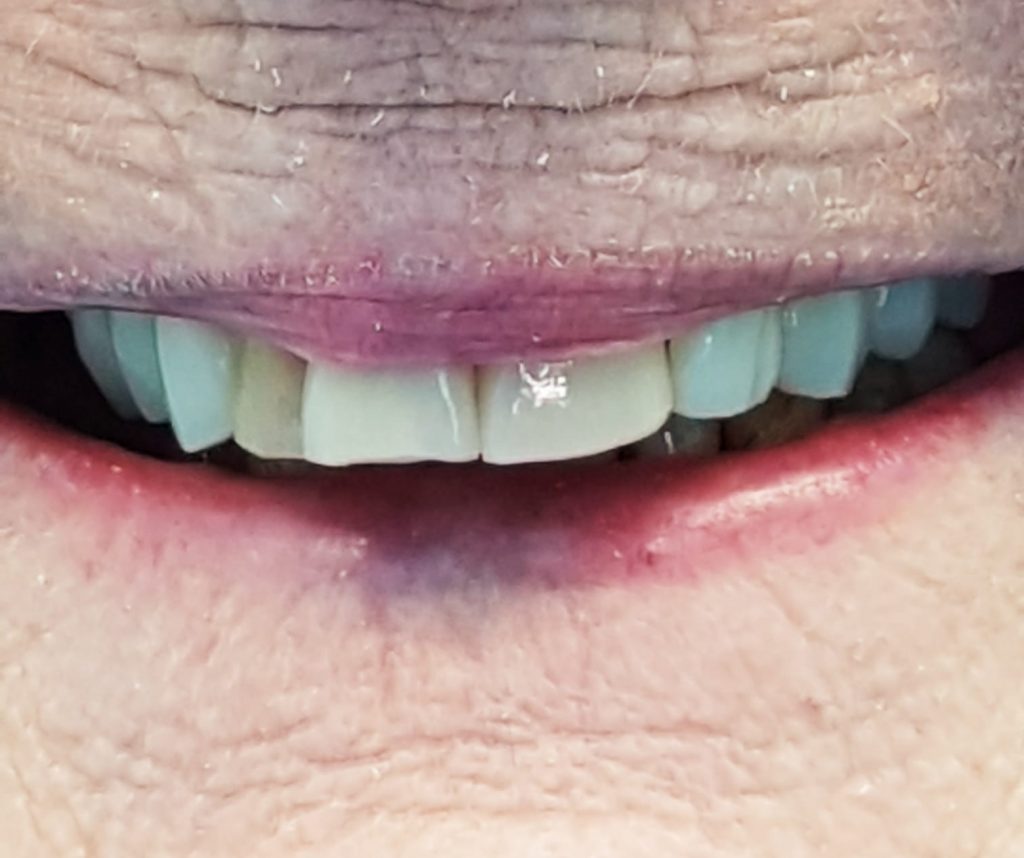 “The next day the lady went on holiday and while she was away she sent me a postcard saying that she had been able to eat again and she was absolutely thrilled with her new denture. When she came to see me afterwards she cried with joy because after so many ordeals and disappointments previously, she was finally able to eat and she had put on some weight and felt well again. Importantly too, she had not experienced any symptoms of allergy, soreness or irritation to her gums of any kind.

“This was a very interesting and satisfying case – this patient was not suitable for implants or a fixed restoration due to reduced bone density and the only option in this particular case was for a removable solution. However, after all the standardised alternatives for denture treatment had been explored and tried without success, Ultaire™ AKP came in and saved the day. I don’t know of any other way that this patient would have been able to wear dentures.”