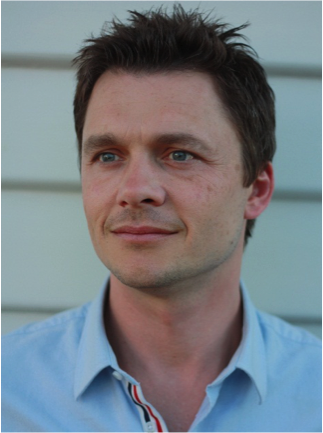 Over the years it’s become increasingly clear that certain general health conditions and periodontitis have a complex relationship. Research into this subject has suggested that health concerns ranging from kidney disease to high blood pressure may have an impact on people’s risk of developing periodontitis,[i]however one of the clearest links is between periodontal disease and diabetes.

A problem on the rise

The number of cases of non-genetic type 2 diabetes has risen considerably in the last few years, with some reports stating that numbers have risen by an alarming 41% in the last three years among people aged 25 years old and under.[ii]Current estimates for the number of diabetes suffers in the UK are around 3.2 million, and this figure is projected to rise to 5 million by 2025. That’s not even to mention the supposed 630,000 people who are living with undiagnosed diabetes – showing precisely how widespread the condition has become.[iii]

This is particularly concerning for various reasons. Not only is this rise in cases bound to leave people vulnerable to the negative effects of diabetes including blindness, strokes, cardiovascular disease and kidney failure, but it also can have a significant affect on people’s oral health. This widespread occurrence of the condition also means that dentists will inevitably come into contact with diabetic patients on a more regular basis, and therefore need to be prepared to identify any signs of periodontitis to provide the best treatment possible.

So what is the relationship between periodontitis and diabetes? The core reason that diabetic individuals are more prone to periodontitis is because diabetes directly affects blood sugar levels. Research has discovered that the level of glycaemic control is an important indicator as to a diabetic individual’s risk of periodontal problems, as people with higher blood sugar levels typically have a much greater risk.[iv]

The exact mechanisms behind this association are not entirely clear, however it is thought to be due to a number of underlying reasons that affect the blood sugar levels, including immunity cells and cytokine proteins. What is clear is that those who have type 1 or type 2 diabetes are three times more likely to have severe periodontitis, and that this can cause a number of other problems for the sufferer.[v]

Suggesting a bi-directional relationship, periodontitis is also thought to negatively affect the glycaemic index of the individual due to the inflammation caused by the disease.[vi]This is particularly worrying as it then creates a cycle of negative effects that put the sufferer at increased risk of other, potentially fatal, conditions such as heart disease, and cardiorenal mortality (heart disease and diabetic kidney failure combined).

It may be easy to tell whether a patient has signs of periodontitis from just looking, but it’s vital that professionals take extra steps to ensure that the severity of periodontitis is properly assessed and the additional risks evaluated in order to provide effective treatment.

As such, professionals need to examine multiple sites of the gingiva in diabetic patients exhibiting signs of periodontitis in order to assess how far it has spread and the severity. Four or six point probing should be performed, and BPE scores recorded at every appointment where appropriate to monitor disease progression. Furthermore, radiographs should be taken to assess bone loss, as this is a clear indicator of the severity of the disease.

Although these steps are necessary, they can make for a very time consuming process, and quickly result in extended appointment times for patients. However, this doesn’t need to be the case.

PROPACS from PRO Diagnostics UK can save time and give professionals the information they need to provide truly effective treatment. Acting as a radiograph reporting service, PROPACS can provide dentists with not only a specialist perspective for any radiographs, but also a highly detailed PerioGuide report. This report uses a comprehensive colour code system to indicate amount of bone loss at each tooth site, helping professionals to instantly understand the severity, location and further risks of periodontal infections in order to create effective treatment plans.

It is common knowledge that diabetic patients require special attention, but this is especially true when it comes to identifying and managing periodontitis. By taking extra care to assess periodontitis and the associated risks via specialist radiograph reports, professionals can optimise treatment plans and help to protect patients from developing further health risks, improving both their oral and general health.