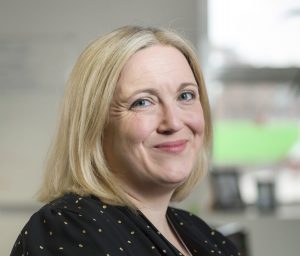 For years, no one was really managing NHS contracts. Each LAT (Local Area Team) was responsible for looking after their region, handling and recording any contract violations

The result was an inconsistent approach across the country, with some LATs failing to issue breaches to those practices not meeting targets, but still demanding clawbacks. In contrast, other LATs were giving out numerous breach notices, meaning that many practices in certain areas had at least one. In an attempt to standardise protocols throughout the nation and in an admission that the processing times for performer numbers by their agent – Capital – weren’t acceptable, NHS England prevented any breaches for underperformance during 2016/17.

This all changed for the following year, when NHS England decided to take a more active role in NHS contract management. In order to save money, the regulator began using the presence of two or more breaches as grounds to re-negotiate contracts for those practices affected. This is a consequence that they have always had access to through the terms of the contract, but rarely used. Today, all LATs are issuing breaches, so practices need to be aware that any leniency previously experienced, may no longer be available to them.

What’s in a breach?

There are various different ways in which to breach an NHS contract. These include any reported behaviours that give cause for concern about the practice’s ability to deliver the NHS contract – such as professional misconduct, inappropriate clinical practises or fraud. The most common reason for a breach is failure to fulfil the contract and meet targets within the designated timeframe. This is particularly relevant at this time of year, as practices up and down the country deal with the March UDA deadline.

With so many NHS contract breach notices circulating the market, few practices have been unaffected. As such, having one breach is rarely a problem when looking to sell the practice. The issues occur when a second breach is acquired, or the likelihood of a second breach is high. This is especially true for those practices that have a high UDA value – as the sometimes politically motivated commissioners place these practices higher up the target list, making them easy prey for the LAT to act on any disparities regarding contract fulfilment. These practices offer a more attractive opportunity for NHS England to renegotiate the contract and save money.

In situations where a second breach has been or will likely be reported, sale of the practice may well be affected. Particularly for those businesses that are reliant on high UDA values to increase their EBITDA and practice valuation, several breaches of their NHS contract will have a considerable impact when the practice when put up for sale. Similarly, a potential buyer’s desire to purchase the business could be influenced. The lack of contract security for the future could lead to negotiations regarding asking price or put a buyer off completely.

Staying out of trouble

The best way to prepare a practice for sale is to simply avoid breaching the NHS contract in the first place. In the run up to the UDA deadline, this might involve bringing in locum professionals to deliver the final UDAs needed. It may also be worth adding a clause into associate contracts that prevents holiday from being taken too close to the deadline, or if they are behind on their NHS target, in order to maintain full capacity for contract completion.

In the past, if a practice knew it wasn’t going to meet the deadline, principals could approach their LAT and request a temporary extension. However, this is now much harder to get as most LATs only grant an extension in the event of a death or serious illness within the practice. It is very unlikely that a principal would acquire an extension simply because the business is running a bit behind target, has associate problems or other internal issues. In all likelihood, the practice would need to continue to the deadline in the knowledge that it will receive a breach notice. The LAT may take this opportunity to renegotiate the contract for the following year.

If you are thinking about selling your practice and have any concerns about the condition of your existing NHS contract, seeking expert help can be of great value. At Dental Elite, we understand all the processes involved and can provide the support you need to put your business in the strongest possible position.