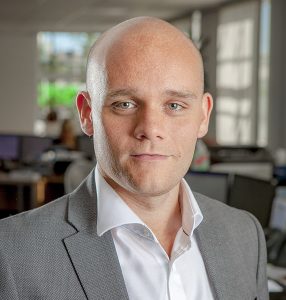 Luke Moore, Director of Dental Elite, shares his interpretation of the current NHS dental market and considers why attitudes towards contract fulfilment may be changing…

A few years back, all dental providers were quite fearful of receiving a contract breach notice. Everyone – corporates and independent practice owners alike – used to do whatever they could to avoid breaches, so the period of time leading up to the March deadline would typically be busy for locum professionals as businesses attempted to get their last UDAs completed. However, this is not the case for a large number of providers across the UK today.

Now, so many notices have been given out in the dental sector that they have become quite commonplace and, therefore, not the source of as much anguish as they once were. The seriousness of them has been somewhat watered down and businesses are approaching a potential breach with a very different attitude.

Having spoken to various dental groups, in particular, the focus is no longer on meeting UDA targets, whatever the consequences. Instead, many providers are only striving to perform UDAs where it makes economical sense to do so.

To explain the reasoning behind this, we have to look at the bigger picture. The rates for locum dentists have risen from what was around £360 per day two years ago, to sometimes as high as £500-£550 per day. In addition, locums often work for a flat day rate, so there is no guarantee of how many UDAs they will perform each day.

As such, if a locum dentist is introduced and they are paid £500 a day, but they only deliver 20 UDAs within that time, then the practice could effectively be losing money. The cost per UDA becomes incredibly expensive for the practice at approximately £25 per UDA and that can be more than what the practice is being paid per UDA under the NHS contract in the first place. Consequently, it is more cost effective for the business to give some of the contract money back to the NHS than it is to deliver the contract.

Further mitigating the previous fears surrounding breach notices, the original threat of contract termination following two breach notices doesn’t hold as much weight as it used to. While NHS England is still within its rights to terminate any contracts with two or more notices, in reality – at least to my knowledge – it has only actually occurred once since 2006. The regulator is much more likely to renegotiate and rebate the contract. A provider could, therefore, end up with a lower contract value that enables them to make a profit, opposed to a higher value contract that costs them money to deliver.

The number of locums that were still available even at a late hour before March this year is evidence of the new approach so many providers are taking. For the first time ever, we had locums available in the final quarter of the cycle, because many businesses were only looking to recruit locums who would commit to performing 30 UDAs a day, for example, at a sensible rate. There was not the usual sense of urgency we have become accustomed to at that time of year. There was no mad rush to get the final UDAs completed with last minute locums in high demand.

Similarly, this trend is supported by reports published by mydentist – according to its June 2019 publication,[i]the group reported a 85.7% UDA delivery percentage after temporary handbacks. This can be compared to the 86.1% UDA delivery percentage after temporary and permanent NHS contract handbacks reported in its March 2018 publication[ii]and 90.4% delivery for the period ending 31 March 2017.

Regardless of whether you are involved with a corporate or independent practice, the changing attitudes towards NHS contract delivery is an interesting one. For the future, a continuation of the current trends could see more practices offering a greater number of private dental services. With less dependence on the NHS, the profession as a whole could evolve in new ways. Practitioners could face less pressure to perform UDAs in a tight time frame, businesses could run in a more profitable way and patients could access a greater range of services to suit their needs. We just need to watch this space!