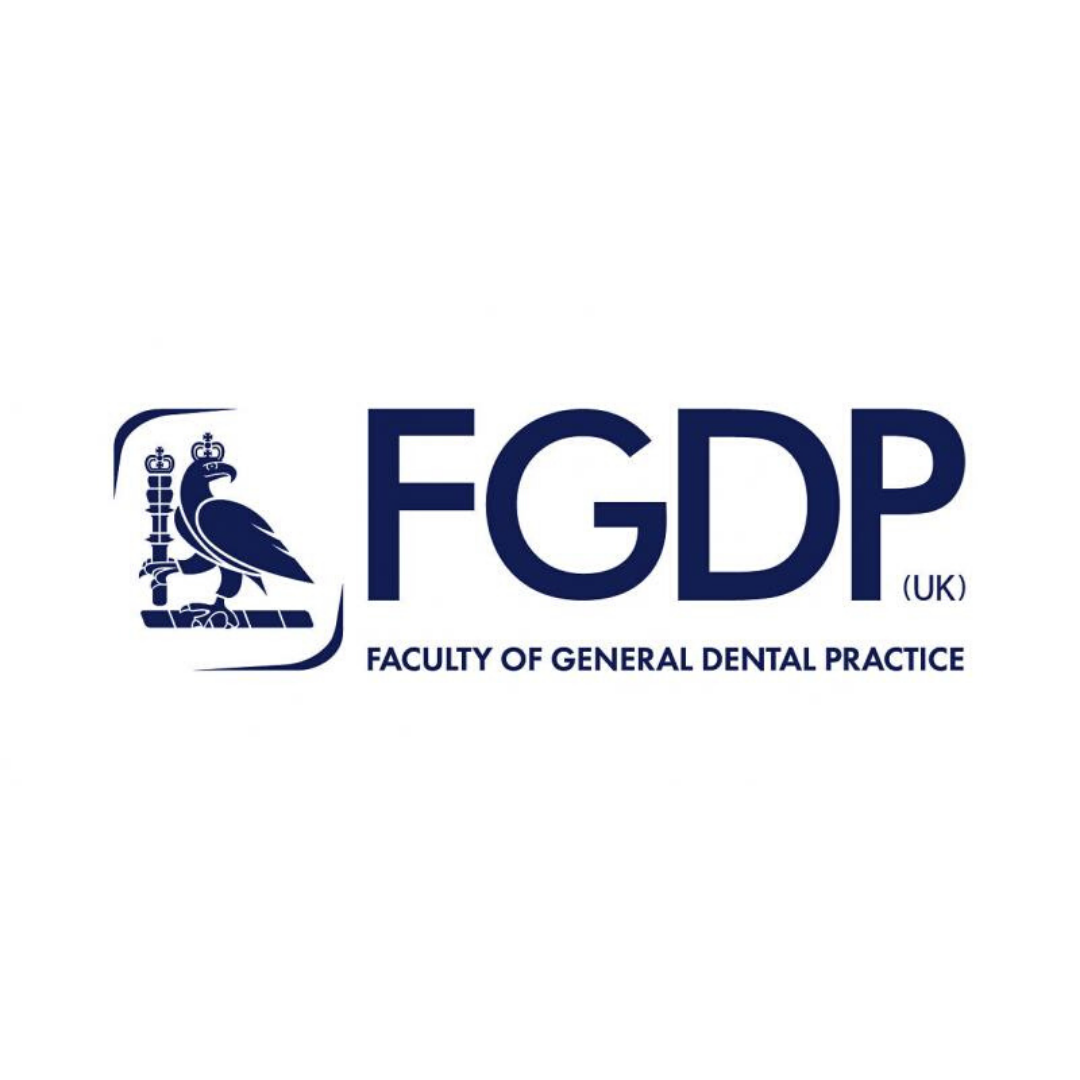 The Faculty has conferred Fellowships on ten individuals in recognition of their exceptional professional achievements.

FGDP(UK) Fellowship marks out a dentist’s ongoing commitment to professional development and reflective practice, diligence in upholding the highest standards of clinical care, and distinction in management and leadership, law and ethics, education and/or research.

Professor Jeremy Bagg OBE received Honorary Fellowship, which is bestowed on those who have made an exceptional contribution to the profession.

Professor of Clinical Microbiology and Head of Glasgow Dental School, Professor Bagg graduated from the University of Edinburgh, where he was also awarded a PhD. He moved to Glasgow in 1991 after eight years lecturing at Cardiff Dental School, during which he gained his Fellowship in Dental Surgery and Membership of the Royal College of Pathologists. He has published over 160 papers on the role of oral micro-organisms in systemic disease, oral infections in the medically compromised, infection control in dental surgery and public health microbiology. Chairman of the National Dental Advisory Committee in the Scottish Government and of the Steering Group of the Scottish Dental Clinical Effectiveness Programme, and previously Vice Dean of the Faculty of Dental Surgery of the Royal College of Physicians and Surgeons of Glasgow, he has also been instrumental in the establishment of a new dental school in Malawi, and was awarded an OBE in 2018 for services to dentistry.

Gerry Boyle, Janet Clarke MBE, Paul Cooney, Matthew Garrett, Davinderpal Kooner, Patricia Marsden and Kenneth McDonald have been elected to the Fellowship in recognition of their exceptional career records and active support of the Faculty and its mission.

Gerry Boyle has a significant track record of selfless dedication to the dental profession during 30 years as a GDP, and has made a significant contribution to the growth and on-going success of the FGDP(UK) West of Scotland division. A tutor on the divisional diploma exam preparation programmes, and past Treasurer of the division, he has also served on the Local Dental Committee, BDA committees, as a Dental Practice Inspector and Dental Practice Advisor. He has also assisted the Scottish Government on various projects, and has taken up a new role as Dental Advisor with NHS Scotland Practitioner Services.

Janet Clarke MBE graduated from Birmingham Dental School in 1981, and went on to work in general practice and the community dental service throughout the Midlands. She completed a Master’s degree in Community Dental Health in 1989 and was appointed Clinical Director for South Birmingham Community Dental Services in 1991, becoming Associate Director for Community and Hospital Dental Services in Birmingham and beyond by 2015. She chaired the British Dental Association’s Central Committee for Community and Public Health Dentistry for six years until 2008. A member of the team led by Professor Jimmy Steele which published the Independent Review of NHS Dentistry in 2009, she was awarded the MBE for services to dentistry in 2010 and served as President of the BDA in 2011. She was Deputy Chief Dental Officer for England, and Chair of West Midlands Local Dental Network, from 2016-19, and is a Trustee of the College of General Dentistry.

Paul Cooney graduated from Glasgow University in 1998, completed a Master’s Degree in Dental Primary Care in 2003 and gained his MJDF in 2010. Lead Tutor for the West of Scotland diploma exam preparation programmes from 2013-2018, he has been a role model for countless dentists in training due to his commitment to high standards and education, and his ability to inspire candidates with enthusiasm and confidence. A central figure in the highly successful annual FGDP(UK) Scotland Study Days, he has developed and led its programme stream for BDS students and VDP dentists, and also serves as the Faculty’s ambassador at Glasgow’s Vocational Trainee Case Presentation days.

Matthew Garrett is a consultant in restorative dentistry at Eastman Dental Institute and Dean of the Faculty of Dental Surgery of the Royal College of Surgeons of England (RCS). After graduating in mathematics, he subsequently applied for dentistry, qualifying in 2001 from Bristol, to where he later returned to train as a restorative specialist after posts in Edinburgh, Sheffield and London. With interests centring around the oral rehabilitation of patients with significant developmental and acquired defects, he was awarded a Specialist Fellowship in Restorative Dentistry from the RCS in 2010, has since completed an MSc in Postgraduate Dental Studies and is currently undertaking an MA in Clinical Education. He has been closely involved for many years in the delivery of dental examinations and education within the RCS, and has been Chair of the MJDF Core Group since 2016.

Davinderpal Kooner graduated from University College London in 1980, and after joining the Community Dental Service in Kent and undertaking two associate positions, set up his own primary practice in Hounslow in 1984, later gaining the Faculty’s Diploma in General Dental Practice (DGDP(UK)) and Membership in General Dental Surgery at the Royal College of Surgeons of Edinburgh. A Regional and Vocational Training Advisor for the London Deanery for seventeen years, he also mentored and prepared dentists for Faculty examinations as course organiser and tutor of its Central London division study group. A former examiner for the DGDP(UK) and the MFGDP(UK) diplomas and the National Examining Board for Dental Nurses, he has also served as professional member of the GDC Fitness to Practice Panel, the First Tier Tribunal and Family Health Services Appeals Authority, and is an Education Supervisor for Health Education England. A non-executive director of both Dentists Provident and Dental Protection, he is also a Justice of the Peace.

Patricia Marsden graduated from Guy’s in 1999, and is an Associate Specialist in oral and maxillofacial surgery at Bart’s and Deputy Chair of the Trust’s Medical Council. Specialising in dentoalveolar surgery, and with interests in acupuncture and the management of myofascial pain, she is also involved in undergraduate and postgraduate education as a Clinical Supervisor and Honorary Clinical Lecturer, and helps provide nationally recognised accreditation and training of GDPs with enhanced skills in oral surgery. An Examiner for the MJDF and ORE for over ten years, since 2017 she has been Chair of the Examinations Board for the FGDP(UK) Diploma in Primary Care Oral Surgery.

Kenneth McDonald graduated in 1986 and spent two years working in the hospital service before entering general practice. He completed his MSc in restorative dentistry at Glasgow University in 1991. Since gaining his MFGDP(UK) in 2008, he has played an active role supporting the Faculty’s postgraduate education delivery in Scotland as divisional secretary, a divisional tutor for the diploma exam preparation programmes, and in helping organise the annual FGDP(UK) Scotland Study Day. He has also served among other things on the Local Dental Committee and Scottish Dental Practice Committee.

Mark Doyle and Shamir Mehta have received the Diploma of Fellowship, which recognises the diversity of an individual’s expertise and their achievements in delivering excellence in primary dental care.

Mark Doyle qualified from Bristol Dental School in 1985, worked as an associate dentist in Hampshire before buying a practice in Hereford in 1994, and has been a partner at Collins House Dental Surgery in the town since 2000. He then spent five years as a Foundation Trainer, during which he gained the MFGDP(UK) qualification. Also working as a Practice Advisor for Denplan, he has a Diploma in Dental Postgraduate Studies, a distinction in the FGDP(UK) Certificate of Practice Appraisal, and a Postgraduate Certificate in Medical Education.

Shamir Mehta is Deputy Programme Director for the MSc in Aesthetic Dentistry at King’s College London, a Partner at My Dental Surgery in Harrow, and a Senior Clinical Dental Adviser for the GDC. He holds a Master’s in Clinical Dentistry in Prosthodontics, is undertaking a PhD at Radboud College in Nijmegen, and writes and lectures extensively on the management of worn teeth, aesthetic evaluation, clinical occlusion and cracked tooth syndrome. A contributor to European guidelines on the management of severe tooth wear, he is a Panel Member for the King’s College London Research and Ethics Committee, an examiner for several institutions and a reviewer for the British Dental Journal, Journal of Oral Rehabilitation and Dental Update. He is also a Fellow of the International College of Dentists, and the Faculties of Dental Surgery at both the Royal College of Physicians and Surgeons of Glasgow and the Royal College of Surgeons of England.

All Full Members of FGDP(UK) may apply for assessment for Fellowship through the Faculty’s Preparing for Fellowship programme, and upon successful completion may use the post-nominal letters FFGDP(UK). Those who already hold equivalent Fellowship of one of the UK Royal Colleges or a recognised overseas body can apply for Fellowship Ad Eundem.

Further information and application details are available at https://www.fgdp.org.uk/Your-Career/Fellowship