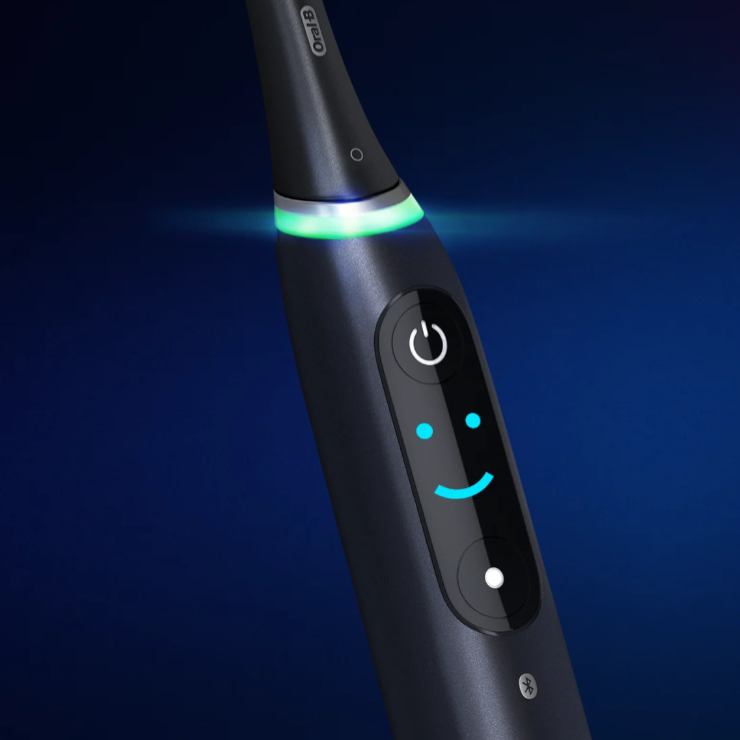 Jane Kidson, UK and Ireland’s Oral Health Leader, led the introduction After an overview of Oral-B‘s history, Kidson discussed the science that supports the use of electric toothbrushes over manual brushes, yet questioned why so many consumers still opt for manual models. Surveys and studies have shown that while many perceive power toothbrushes to offer a deeper clean, many associate them with discomfort and being too harsh.

He explained that iO takes the oscillation rotations familiar to users of previous Oral-B power brushes and combines them with microvibrations. The system has been designed specifically for a powerful yet gentle clean. ‘This is a reinvention of oscillation rotation,’ he said. ‘We set out to recreate OR that addresses the perception of harshness.’

A linear magnet drive removes the friction created by the mechanics of other electric toothbrushes. Instead, it takes the energy from iO’s rechargeable battery and transforms it into bristle movements.

In addition, the oscillation rotation performance has been optimised; the magnetic drive increased the brush’s frequency, while pulsations were removed. User feedback has revealed that the vibrations now present helped direct the toothbrush to glide across teeth with no harshness and were reportedly quiet.

It was also revealed that Oral-B iO possess Seven brushing modes, a new record for an Oral-B brush. Those are:

The Oral-B App 8.0, which will launch in August alongside Oral-B iO, can be paired with the brush for a range of interactivity options, such as pressure maps and brushing scores to compare brushing performance. Oral-B iO also features a display of its own for coaching and to provide a two-minute

Everybody brushes differently, and Oral-B has recognised that, so the technology via the app will adapt to coach each individual user based on their specific needs. Position Detection technology has been reinstated and improved upon to inform users which areas they are missing.

Scientific studies have found that the new technology maintains historic superiority for plaque and gingivitis endpoints vs ADA Manual and Sonic toothbrushes. In addition, iO shows disproportionate benefits of hard-to-reach areas, including lingual and molar, for gum health/bleeding and plaque reduction benefits vs ADA Manual brushes. In testing, 24% of the participants had mouths that were considered healthy. After eight weeks of using Oral-B iO, this had increased to 83%.